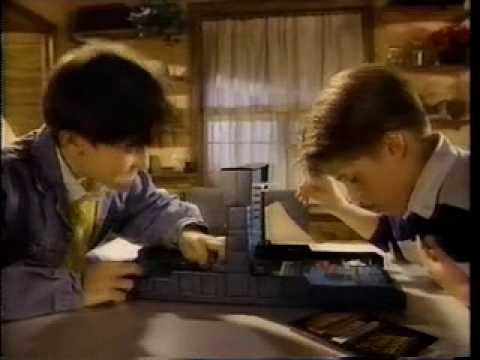 The Parker Brothers, Milton and Bradley, sat glumly across the card table from each other.

“Well, Sorry,” he said. “The Trouble with an Operation like this is you need a true Master Mind. In our case that’s Candy, and her plane won’t be here for hours.”

“When does Candy land?” Milton muttered.

“It all depends,” said Bradley. “I heard she tried to smuggle our business plans past security in Beijing, but she was stopped by the Chinese Checkers.”

“She was lucky,” said Milton. “The authorities in China are really strict about corporate spies. More than once I’ve seen them whack a mole.”

Bradley took a bite of his sandwich, then spit it out disgustedly.

“Balderdash!” he barked. “What kind of sandwich is this, anyway? It’s part meaty, Part cheesy.”

“I’ve had it with your cross words,” Milton said. “If you don’t want that sandwich, just Toss Across.”

“Well,” said Bradley, “I’d rather it go into your mouth than some Mouse Trap. I’ve seen those little guys go fishfood out of the trash. But don’t get any of the sauce on your suit.”

Milton’s foot jerked sideways, a tick from getting a tack in his toe.

Suddenly, framed in the doorway was Candy, staring longingly at Bradley’s sandwich, her hips shifted to one side.

“So how did the photo shoot go?’ Milton asked. “Did you connect with Dominic, our photographer?”

“Yes,” said Candy, “The model Dom hired was too tall, but if anyone knows how to shoot tall people, Dommi Knows. He uses tripods for his Shoots, And Ladders.”

Milton leaped to his feet.

“You’re in love with Dom, aren’t you? He was your Mystery Date!”

“But I saw them kissing on his Yacht, See?” Milton sobbed.

Candy sighed and gently kissed Milton on the cheek. “Of all the men in my life,” she said, “you’ll always be the one with an aster-Risk.”

Award-Winning Film Critic, TV Host and Creator of AARP's Movies For Grownups, Bill focuses on movies that have something to say...and a unique way of saying it View more posts