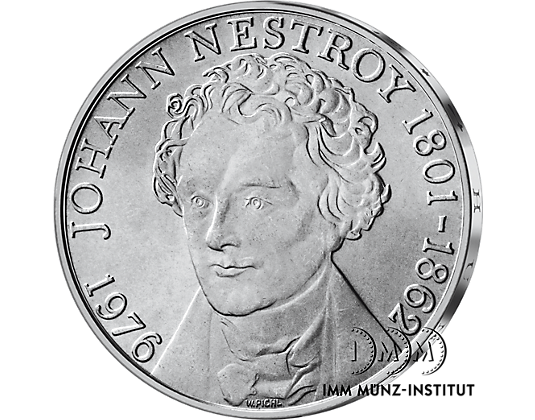 In 1842, Viennese playwright Johann Nestroy penned a comedy, Einen Yooks Veel Er Sick Machen(He Will Go On A Spree).Audiences loved Nestroy’s elaborate Germanic word plays, but translators made a hash of them. As an unintended consequence, Nestor died unknown to most of the world.

A century later, Thornton Wilder discovered Einen Yooks Veel Er Sick Machen and adapted it into a play, The Merchant of Yonkers. It flopped, but as an unintended consequence Wilder re-wrote the play as The Matchmaker. which became the musical Hello, Dolly! — which became the first big hit of composer Jerry Herman, who then got the job writing Mame.

In 1971 a high school in northern New Jersey staged Mame. Two weeks before opening, the kid playing Mame’s college-age nephew, bullied by his baseball buddies, dropped out. Desperate, the director asked the kid who was playing Mame’s husband in the first act if he would also play her nephew in the second act. As an unintended consequence, the play took on a certain edge it never had on Broadway, as in the second act Mame’s formerly devoted husband suddenly started chasing college girls right in front of her.

In that second act, the kid now playing the nephew had to kiss a girl. The kid had never kissed a girl before, and the unintended — but utterly understandable —consequence was he liked it. So did she.

But the young man had a plan. To beat his fellow journalism students to the job market, he graduated from college a semester early. As an unintended consequence, he finished the same week the Long Island Press went out of business, throwing 400 seasoned journalists onto the local job market — forcing the young man to take a job in Los Angeles, leading to a job in Florida, leading to a job in Washington, DC.

Then one day around 2005, a cell in the woman’s body decided to start killing the cells around it and enlisted other cells to do the same. For the cells, it was an epic miscalculation, for on a warm July day in 2010, they swarmed to her brain, stopped her heart, and doomed themselves to certain annihilation.

Certainly, the man’s loneliness and heartbreak were an unintended but inevitable consequence. He went about his life and work, surprisingly functional, but unmistakably sad. He knew that was why, at an office retreat months later, no one sat next to him at lunch. Sadness is a contagion, and who wants to catch that?

Neither planned to share life with anyone again. But that resolve dissolved in the most tender of unintended consequences.

And so tonight may we raise a toast to the one hundred and seventy sixth anniversary of Johann Nestroy’s Einen Yooks Veel Er Sick Machen. Despite its obscurity, from this man’s perspective it remains one of the 19thCentury’s most consequential literary works.